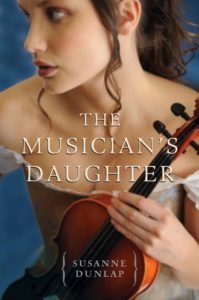 Funny that even in my adult books my heroines are usually only just adults. Something about being poised at the beginning of life is irresistible to my creative brain.

Perhaps that’s why I keep coming back. Because young adult historical fiction isn’t just about sales.

I suppose that’s the most freeing part of being my own writing boss now. I’m able to go back to the reasons I started writing historical fiction in the first place: namely that I want to bring history to life for readers who might not enjoy the dry history they were—or are—taught at school.

I make no apology for this didactic intent. I went to graduate school for the purpose of being able to teach music history at the college level. My timing was bad; colleges and universities had started shifting their focus away from the humanities toward the STEM disciplines. Music departments suffered for it, and even with a Yale PhD I couldn’t get a job I could afford to take.

Undefeated, I turned to writing instead.

For me, it’s not just young adult historical fiction. It’s about women and girls and the arts.

My dissertation took as its subject three treatments of the Armida story (Tasso) in operas composed in the 18th century. The slant was decidedly feminist. And my one published, peer-reviewed paper gave the same sort of slant to treatments of the story of Susanna and the Elders, from the Apocrypha.

My historical fiction continued this trend to point a critical lens on the opportunities available and prejudices against women and girls.

Which brings me to my point:

I created Theresa Schurman—a young violinist in Haydn’s Vienna—to be a heroine young readers could relate to and rally around.

I envisioned my first YA novel, The Musician’s Daughter, as the beginning of a series of YA historical mysteries. My editor had other ideas, however, and chose not to publish the sequel I had written. But Theresa stayed in my mind, and the manuscript of The Mozart Conspiracy kept niggling at me until I decided to re-edit it and self-publish it ten years later, on October 15, 2019.

I had so much fun getting back into that world and back into Theresa’s character. That’s why I’ve written the third Theresa Schurman mystery, which will come out on September 30, 2020. It’s called The Paris Affair. I’ll be talking about it more as the time approaches.

But this novel is on the continuum of themes I am drawn to and spend time and energy and angst writing about. It’s the story of a young woman drawing strength and inspiration from her own heart, and navigating the obstacles society puts in her way. She struggles with her art, her purpose, and falling in love. She gets it wrong sometimes, and misjudges people. Ultimately, though, Theresa finds ways to be true to herself and her friends.

I’m so happy to be breathing life into Theresa again. I hope readers young and not-so young will come along for the journey with us.