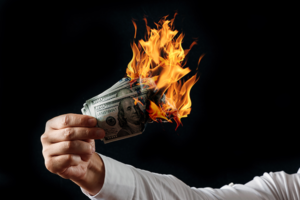 By now most writers who follow articles about writing on Medium.com (and many who don’t) have read and freaked out about “The Article:” “How to Lose a Third of a Million Dollars without Really Trying.” I waited to read it because I was afraid. Would it caution against what I was doing right now? Would it warn me not to spend money on indie publishing and share horror stories of the same?

It turns out, “The Article” was about mainstream publishing, and the hazards of their system of giving big advances to debut writers. Phew! That wasn’t me.

But when I read it I did start thinking about my own experience and how it compares. I thought I’d offer a little advice to writers based on that experience. It’s not quite as dramatic, but perhaps more relevant.

First, not every debut writer with the big-5 will get a six-figure advance.

Case in point: My advances from Simon & Schuster and Bloomsbury were the same for every single book, all six of them. That was a respectable but modest $25,000 each, over a span of seven years. Of course, that was back in the day when a mid-list author had a chance of continuing along with a moderate amount of support from a publisher.

I was in no position to quit my day job.

I only earned out on two of the six books. I earned out on my very first book because of a terrific foreign sale, to Flammarion in France. I earned out on my first YA historical, The Musician’s Daughter, because I had a ton of publisher support, including my cover on the front of their spring catalog. That book earned out in less than a year.

I don’t know what their thinking was. Perhaps they expected that luster just to carry over into subsequent books without so much effort or resources. But with each book, my sales dropped in half, basically. This was back in the days when authors were still under the illusion that all they had to do was write good books and the publisher did the rest. Well, many authors, anyway. I had a social-media presence, but I didn’t really know how to market to the YA audience, and I didn’t spend any money on it.

My final YA for Bloomsbury, The Académie, came out in spring of 2012. My wonderful editor left Bloomsbury at the exact moment of its publication, and I was involved in a draining (and ultimately disastrous for me) tech startup. I just wasn’t paying attention. It tanked.

No one cares as much about your writing career as you do. Unless it’s making them tons of money.

I wasn’t writing mass-market thrillers, or those YA series that the demographic devours. I didn’t produce steamy romances, or fantasy. I wrote historical fiction—which can be a tough sell to teens hungry to see themselves in the pages of a book.

No one else at Bloomsbury took me up, and who can blame them? Publishing is a business. A tough, risky business. They’d gambled on me as much as they were willing, and in the end, it didn’t pay off for them.

But I am a writer. And what I write is historical fiction for adults and teens. My long-suffering agent tried to get me to pivot into a more commercial genre, but my efforts fell flat, and I just couldn’t do it. I admire writers who can. It’s a great way to survive. But for me, the effort and dedication it takes to write a good novel has to be supported by my heart. My heart is in history and historical fiction.

Rule 2: Work on being the best writer you can be.

I couldn’t adapt the genre of my writing to be more salable, but after two completed manuscripts that didn’t sell, I knew I had to do something. I decided to concentrate on the only thing I could control: my own writing.

I’d always been a self-starter, someone who read books and learned from them. I have a shelf of writing craft books that I go back to regularly. I’d done a few online craft workshops. One or two were quite good.

But when life circumstances made me come back full-time to my small, Western Massachusetts town, I decided that I also had to find a writing community. I needed to interact with other writers and find in-person workshops. We’re very lucky to have several fabulous resources for writers here: Writers in Progress, Pioneer Valley Writers Workshop, and Straw Dog Writers Guild. Each of them offers something a little different: 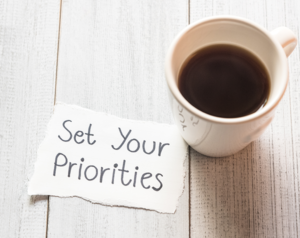 Rule 3: Set your publishing priorities—be honest with yourself

Do you want to sell tons of books? Are you looking for critical accolades? Do you just want your stories to be out there, and a row of books on your shelf that have your name as author?

I’m talking about fiction, because that’s what I know about. For nonfiction and memoir, priorities might be different.

My initial priority was to tell the stories of women in music history in ways that would entertain and enlighten—and to just get published by a mainstream publisher. I did achieve that. But of course, once you get to one goal, you go on to others. I wanted to sell more books. I wanted critical accolades.

Now that I’m older and wiser, I’m being more honest with myself. I don’t want my career to end because sales of my last YA historical novel petered out. I have many stories still to tell, for adults and teens. And if they are read by at least some people and I don’t completely lose my shirt on them, then I’m happy.

Realizing this was my priority led me to indie and self-publishing as an option. Do I still hope for a big publishing contract? Absolutely. And I have a couple of manuscripts that are out there circulating right now. But I have rewarding projects in hand and I’m learning a ton about publishing and marketing. It’s never dull!

Rule 4: Look for ways to monetize your unique capabilities

This one has come as a bit of a surprise to me. I had not been planning to quit my day job, but my day job quit me. The company ceased operations after 65 years in business. And while they were generous with employees (many of whom had been there for decades), as a relative newbie, I had a fairly short runway upon which to embark on something new to pay the bills. I’m no spring chicken. My first novel was published when I was 50. I’m a year and a half away from full retirement age. My gorgeous area is not rich with jobs for over-qualified older people who don’t fit a specific niche.

Fortunately for me, I have very supportive and generous writer friends. They encouraged me to explore editing and ghostwriting opportunities. I was afraid I was unqualified: No MFA! But it turns out my publishing history is a good credential, and it also turns out I’m pretty good at that stuff. (Check out my editing Web site here.) I discovered as well that another skill I have—interior book design and layout—is somewhat in demand. Plenty of cover designers out there. Not so many who know enough about typography and readability to lay out an attractive, readable interior of a book.

In addition, I’ll be teaching a couple of workshops locally.

I’m lucky in that I’m also old enough to start getting social security, so I’ll have at least a little income I can count on every month.

I don’t know how comforting any of this is to a debut author. Of course, the best way to go about it is to get an agent who will fight to get you the best contract you can get. There are gatekeepers out there for a reason: not all books are equally well-written and worthy of the time investment to read them.

But don’t box yourself in. Keep your eyes open, keep learning, work on your craft, and be honest with yourself about your priorities. There are no guarantees, but hard work often pays off.