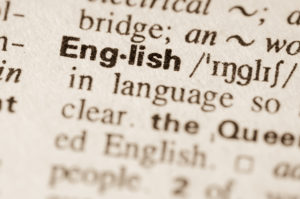 I try to be tolerant and not too pedantic when it comes to the way people use the English language. Colloquialisms are totally fine, weird punctuation, etc.—especially in quickly dashed off social media posts.

But when I see something repeated misused in mainstream media, both written and broadcast, it drives me absolutely. Insane. So here it is folks:

When you’re not interested in something because you find it irrelevant, boring, or just beside the point, you’re UNINTERESTED.

When you are an impartial judge of something and are not vested in the outcome, you are DISINTERESTED.

I can’t count the number of times I’ve seen on reputable media sites the word disinterested used in the place of uninterested.

You flout convention. You flaunt your wealth.

I know English is a tricky language, and I’m probably just being picky, but there it is.

What are your pet language peeves?