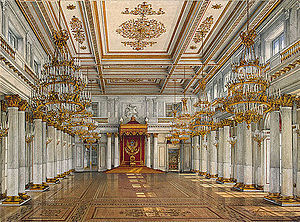 In my constant reading about and studying the craft of writing, I had an epiphany sometime over the summer. I can’t remember where it occurred, what I was reading, but I finally understood the difference between STORY and PLOT.

Essentially, what happens, and change is always involved. The main character starts out being a racist, has an experience that changes him, and ends up with someone from a different race as his best friend. (Oversimplified.) As Randy Susan Myers would have it, the story is about a racist man who, through a variety of experiences, overcomes his racism and becomes a power for good.

Everything that moves the story along. The main character arrests a black man and it all goes horribly wrong. He is under investigation, and his wife leaves him. The murder victim’s gang members go after him. He almost kills someone else, but sees a child, and stops. The plot is NOT what the story is about.

Terrible examples, I know. And this distinction is what makes historical fiction particularly tricky, I think. Sometimes it’s easy to come up with a great story: Grand Duchess Anastasia experiences the decline of her family as a teenager who longs for love, and finds it, only to have her heart broken in the end.

The plot can be much harder, because the author has to hew to historical events as much as possible. Finding the gaps in the narrative where a reader will accept invention and interpretation is often tricky. Anastasia could have met a soldier on the grounds of the Winter Palace and no one knew about it. They could have met again during the revolution. Their captivity and exile to Siberia are facts (dramatic ones, so that’s helpful), and provide very useful plot elements. But not a story.

At other times, finding the story in a sea of historical events can be very difficult. Sometimes it’s easier to power the forward action, but not so easy to find that through-line that makes a novel hang together as a story.

I think that’s why so often I create fictional main characters. Story is so much easier that way.

Now it’s time for me not to take the easy way out.