Voices in the Mist

Book III of the Orphans of Tolosa Trilogy

Marry a Catholic stranger, or flee the only world she’s ever known: Headstrong Bruna de Gansard must choose one or the other to protect her Cathar family from the inquisitors.

Toulouse, 1229. The inquisitors have arrived to rid the city of Cathar heretics once and for all, and are putting all unmarried girls over the age of 12 to the question. After an incident in the town calls unwanted attention to 14-year-old Bruna, a young Catholic stranger who is sympathetic to the heretics warns her family about the looming danger, and volunteers to marry their daughter to save her from being questioned.

But Bruna doesn’t want to be forced into marriage, so she chooses flight—which lands her unexpectedly in the midst of a Catholic pilgrimage to Compostela, thrusting her into a life of deceit.

When her beauty and her voice bring her to the attention of the powerful French Baron de Belascon, Bruna earns the enmity of the baron’s bitter and imperious mother and finds herself caught between her allegiance to her own people and the dangerous secret of her origins—a secret that can be revealed at any time after the arrival of a French knight who recognizes her.

The Orphans of Tolosa Trilogy comes to a dramatic end in this gripping story of loyalty and betrayal, set amidst the violence and peril of the Albigensian Crusades. 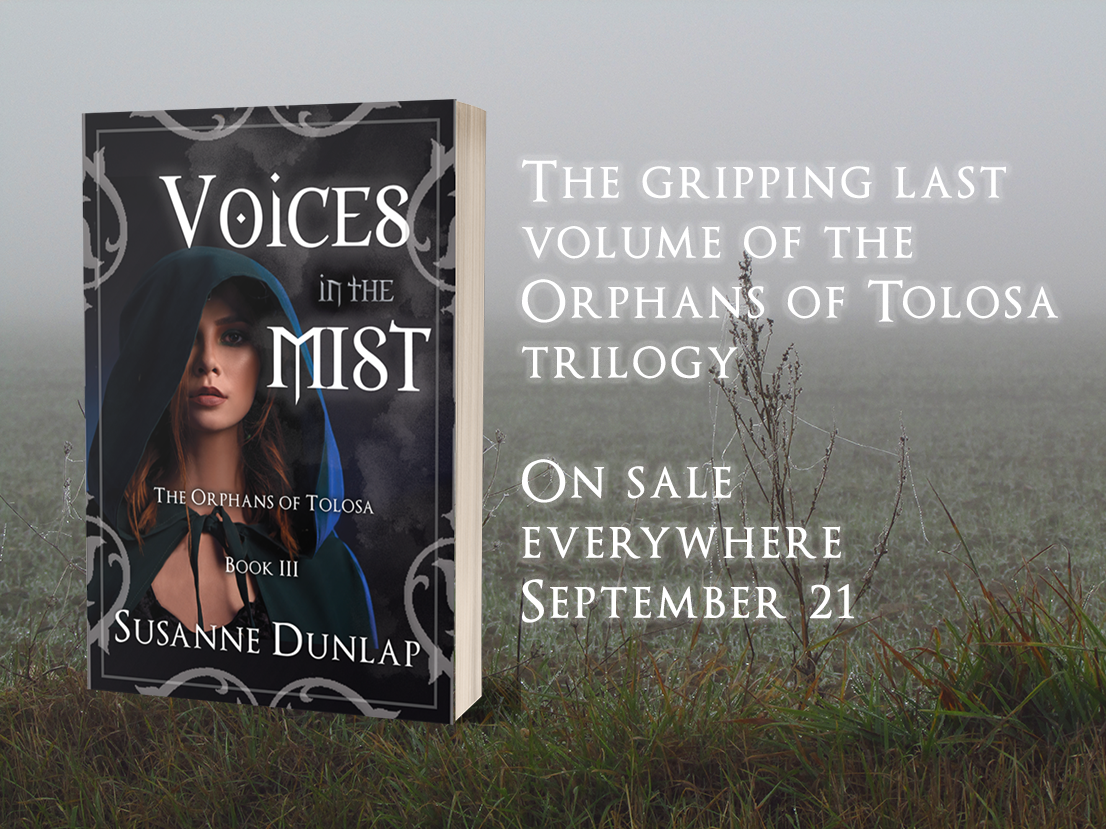 Join my email list for a chance to win a signed paperback of Voices in the Mist!